After receiving a tip from my Uber driver, a call from my uncle Ed and questions from my kids about Bitcoin, I thought I would pen a few words about the cryptocurrency. It's important to first understand that anyone who bets on Bitcoin, or any other cryptocurrency, is rampantly speculating rather than investing.  There is absolutely no way to fundamentally judge the intrinsic value of Bitcoin as it produces no cash flow nor has any earnings.  As such, it is of course impossible to also make any determination when to buy or sell it.

Even if I could make a judgement on Bitcoin, there isn't currently a registered offering available to investors, as the SEC pointed out in their cautionary statement found at this link: https://www.sec.gov/news/public-statement/statement-clayton-2017-12-11 Importantly, even if I could invest in Bitcoin, it is highly unlikely I would do so as our firm instead focuses on investing our clients' hard earned money in stocks and bonds which produce immediate income through dividends and interest and sell at reasonable and/or undervalued prices.

Further, I wouldn't classify Bitcoin as a currency as a nation's currency (U.S. dollars, Japanese yen, Swiss franc, etc.) is a sound store of value and medium of exchange - with the exception of unstable nations.  Something which may fluctuate 25% in a few hours as Bitcoin has in the past few weeks certainly cannot be a store of value nor be utilized to exchange it for a service or good (such as hamburger) as the vendor receiving payment in Bitcoin cannot rely on its certainty.

While the distributed ledger technology (blockchain) may disrupt industries like title companies, custodians, etc., it is uncertain as to whether Bitcoin and other cyrptocurrencies will grow into an accepted currency and medium of exchange.  I don't believe we will know for certain until the next global crisis as a currency is only as stable as the entity (generally a sovereign nation) producing it and is commonly supported and influenced by a country's trade balance, GDP, debt, monetary policy and inflation among other economic indicators.  How will those holding Bitcoin feel during a crisis such as the past financial crisis when the holder wonders who is backing the cryptocurrency?  Some would argue that since Bitcoin cannot be created, and there is a fixed amount, there is no danger of inflation thereby giving it more value than traditional currencies.  However, why can't more be created?  Will individuals feel comfortable holding it during the next recession or will they want something more familiar?

These are some of the questions which are not currently determinable and only time will tell if cryptocurrencies become widely accepted.  However, even well-established currencies are notoriously difficult to assess or trade and I would recommend not speculating any assets into Bitcoin that you are not willing to lose. 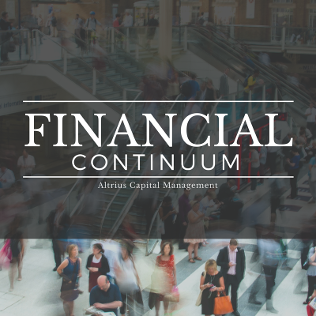