The Death of the “Stretch IRA” 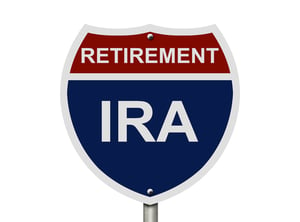 Politics today is more polarized than ever, with the left and the right disagreeing on virtually anything. There is one notable exception that seems to always bring both sides together: collecting tax dollars as quickly and abundantly as possible.

Introducing the bipartisan “Setting Every Community Up for Retirement Act” of 2019 (The SECURE Act). At its core, the bill is intended to make saving for retirement easier and more accessible for working Americans. However, it comes at a cost in changing long established Required Minimum Distribution (RMD) rules for those who inherit IRA assets, which will create major estate planning headaches.

For decades the IRA has been the perfect vehicle to accomplish the goal of retirement – save and contribute pre-tax dollars which compound tax-free, and then pay income tax on withdrawals once retired. This is a trade-off millions of Americans make as they find themselves in lower income tax brackets in retirement years compared to their prime earning years. The government ensures it will eventually get its cut by requiring mandatory distributions every year based on the owner’s life expectancy once the owner turns 70 and a half years old. Anything leftover in the IRA can pass directly to the owner’s heirs in the form of a Beneficiary IRA (Bene IRA) and the heirs are also required to take mandatory distributions based on their own life expectancy. This means the distributions are smaller, the tax burden for the beneficiary is less, and more assets are left in the Bene IRA to grow over more years to help provide for the beneficiary’s retirement. In the financial planning world, this is known as the “stretch IRA”.

The SECURE Act would eliminate the stretch IRA. Beneficiaries (not including spouses) would have just 10 years to withdraw the entire amount in the IRA, which could go down to as little as five years depending on the final draft of the bill. As mentioned earlier, this would result in making more of an IRA subject to more taxes and much sooner than under current rules which have been established for more than two decades. In addition to the greater tax burden, the larger distributions could create negative implications for college planning and the ability to qualify for financial aid (or perhaps just as negative, helping someone to qualify for a non-education loan that they can’t actually support). Estate planning would also face fresh challenges in the face of the SECURE Act with seemingly no way to avoid the larger tax burden and the much shorter timeline to pay those taxes – even common trusts will be less useful, if at all. Clearly these ripple effects have a real impact to the value of the IRA. This vehicle will no longer be the simple and useful tool Americans have come to know for the past 20 years.

The legislation is not yet final, and until it is, thousands of professionals will be (not so) eagerly awaiting the finer details for potential ways to help their clients. If you’re one of the millions of hard-working Americans that will be affected by these changes, you should keep your eyes on it too because this much is certain: Congress has their eyes on your IRA.

*This material is provided for general and educational purposes only and is not intended to provide legal, tax, or investment advice. This material is not individualized to the needs of any specific retirement investor nor does it constitute a distribution, offer, invitation, recommendation, or solicitation to engage in investment activity.

Written by Robert A. D’Angelo, CFA