Fallacy of the Financial Fast Track 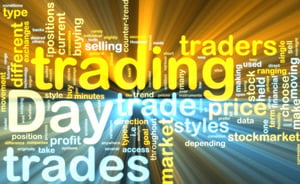 Investors are continuously bombarded by discount brokerage commercials urging them to trade, trade, trade. They're exhortations are understandable; getting people to trade is how discount brokers generate income. But what's good for them is not necessarily good for their investor clients, despite their claims that they can teach people how to trade effectively.

Schwab is currently running a commercial in which an intelligent sounding actor states: "Schwab taught me about 4-legged options strategies. I'm going to go with with an iron butterfly spread on that FinTech stock." The other actor replies: "Nice, I just tried an iron condor." The third working associate at the office water cooler feels left out from such brillitant trading strategies remarking that the only spread he has is the onion chive on his bagel. The pitch ends stating: "It's time to trade up to Schwab, the firm invested in helping you become a better trader."

E-Trade is running ads about the "Dumbest Guy in High School" having just bought a yacht filled with champagne and models suggesting he has earned this wealth from his trading strategies with the company. "Don't Get Mad...Get E-Trade." Another commercial currently running floats the idea of a bearded financial coach who can teach you how to trade, drawing a tenuous parallel of a coach teaching someone how to shoot a basketball. Think of how absurd that idea is. I have had people ask me if I can teach them how to invest the way I do. Sure; no problem. Just start by reading these five or six books (including mine) on the fundamentals of dividend stocks and value investing; then go back to school and acquire an MBA with a concentration in Finance; then come study under me for a few years and learn my process. If you work for 50 hours a week for three years, I might be able to get you to where you're modestly competent to work at Altrius.

I wasn't a good pilot until I flew for many years. I wasn't a good money manager until I did it for about a decade. Reaching that level assumes you're willing to put in 100 hours a week, which means there isn't much time for anything else. If you're only working a normal 40 hour work week, it could take you two decades to get really good at something. It's ridiculous to imagine that someone can become adept at investing by attending a couple of seminars or from a few hours of coaching. In his book, Outliers, Malcolm Gladwell makes a great argument using the "10,000-hour Rule", which asserts that the key to achieving world-class expertise in anything is to practice correctly for 10,000 hours.

Yet people continue to look for the fast track to riches, believing there must be a short cut to investment success. I had an investor ask me to read some loony idea he got from Porter Stansberry, the "End of America" doomsday fanatic who takes an economic principle and distorts it to the point of absurdity. I asked him if he realized that the SEC brought a case against Stansberry for disseminating false information and that he and his company had been fined and were ordered by a U.S. District Court to pay $1.5 million in restitution and civil penalties?[i] "Yeah, but I think some of his stuff is good," the investor insisted.

Another investor asked if I could send some information to their son, who wants to day trade. I said no. Tell him to study and acquire a CFA or go to a reputable business school and then maybe get into the industry. For the love of God, do not let him day trade. Worst case, let him lose money now, while he's young and doesn't know what he's doing. Let him learn that you can't get rich quick.

It is frustrating to me listening to people who think there is some clandestine investment formula. It doesn't exist but that doesn't stop people from searching for it. All the schemes that purport to have the secret have been debunked. Even if you believe such a formula exists, there's a computer program that will execute it faster than you can. If it existed, there would be a hedge fund quant managing it and he would have virtually all the investment money in the world under management because everyone would be using his system - that he would most certainly refuse to divulge.

I used to wonder how some of the insane investing gobbledygook ever got anyone to part with their money, but no longer. It seems the wackier the concept, the more it appeals to people looking for investing's secret formula.

Don't listen to the peddlers telling you they have the secret. If they did, why would they share the information? Ignore the brokers telling you how to make a fortune day trading. Trading is hazardous to your wealth. Don't confuse these salespeople with fiduciaries who are obliged to put your interests first.